The story of one man’s ridiculous, crazy journey – a mixture of laughter and tears that brings to light the tragic and growing problem New Zealand has with depression. It is a ‘travelogue’ type documentary that follows the courageous Jimi Hunt as he navigates the entire length of New Zealand’s longest river – the very dangerous Waikato, on a water mattress (Lilo), thus it is an entertaining way to shed light on this serious problem.

Jimi Hunt is a man who has spent most of his life doing ridiculous things for his own amusement like building the world’s biggest waterslide, playing golf through the streets of downtown Auckland and holding alternative Olympic games with events such as sandcastle building and rhythmic gymnastics.

But what none of his friends knew was that Jimi was battling depression. It was eating him alive from inside, affecting his business, losing him friends and slowly and painfully destroying his marriage.

Disillusioned with the help and advice he received, he read that having a goal could help with the depression. Five minutes later Jimi set his goal and announced it to the world – he would Lilo the Waikato river. Loneliness, physical pain, wicked chafing, crazy psychic predictions, chancing upon a dead body, unbridled kindness from strangers and 21,000 people watching on Facebook are just some of the strange tales from the river. Come along. 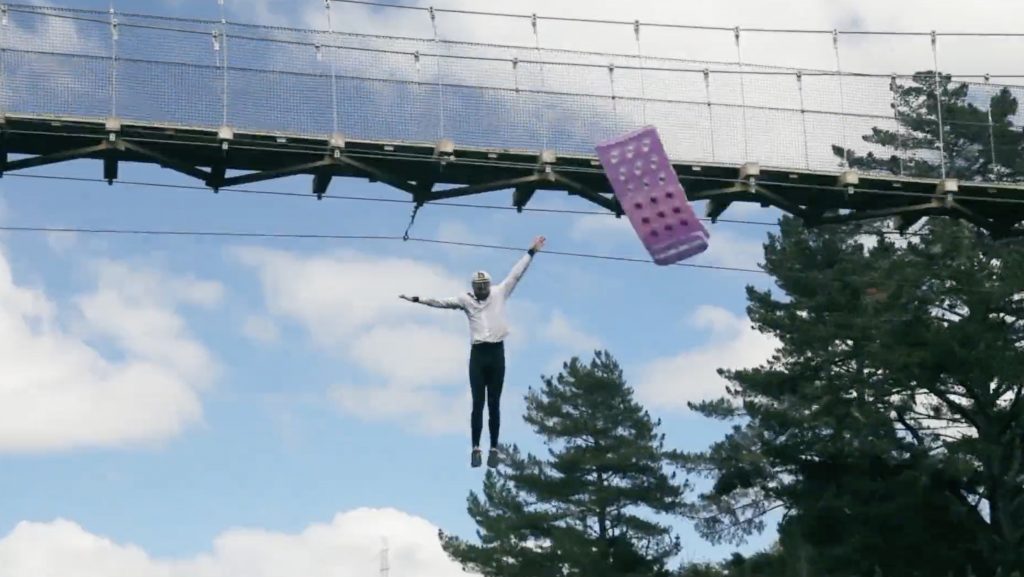 check out the trailer

and the making of