The Secret life of
John Rowles

The secret Life of John Rowles

We look back at the meteoric career of one of New Zealand’s greatest entertainers. John went from a childhood in the sleepy little town of Kawerau in New Zealand to stardom in London at age twenty-one. But after headlining in Hawaii and Las Vega and mixing with Elvis, he saw it all slip away. Terrible roofing ads and near bankruptcy followed, but John has retained his self belief and still has ‘that voice’. Featuring a stellar cast of interviewees who analyse his strengths and weaknesses, including Sir Cliff Richard, Tom Jones, Neil Finn and most importantly, his family and whanau come find out all you ever wanted to know about John. And more. 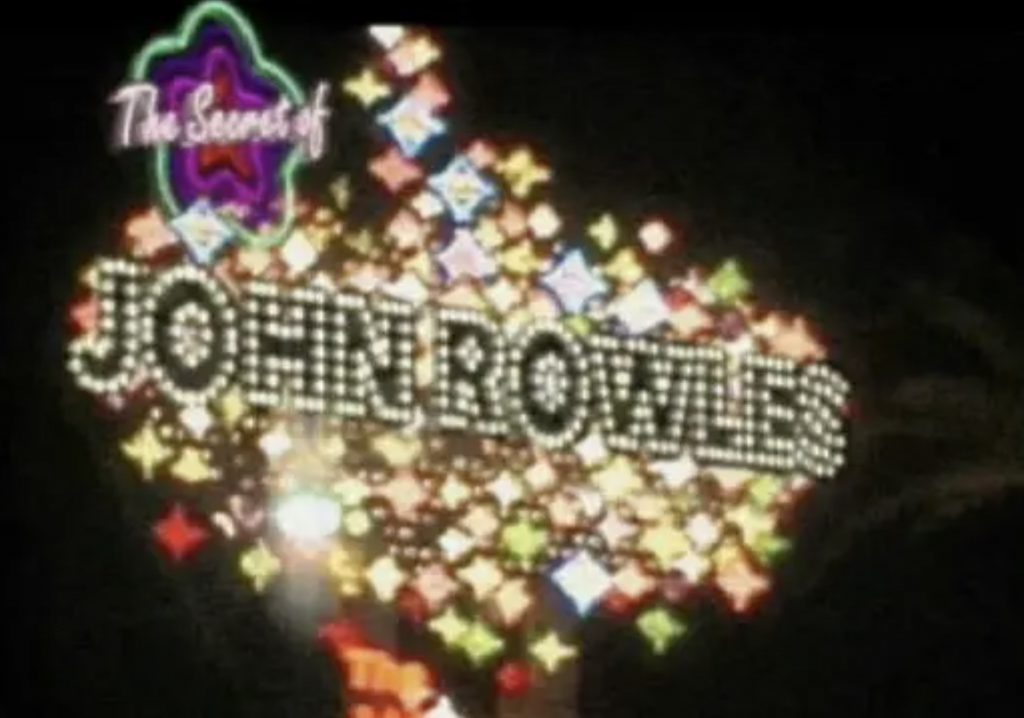 check out the trailer

John  recalled how his most famous song came about as he lay on a hotel bed in north London.

“I just picked my guitar up and thought to myself, ‘OK’.”

He had to come up with a distinctly New Zealand song and Pokarekare Ana had already been done. “I just thought for a while and my sister’s name came to me, Cheryl Moana. He also had a line – “there on the shore she waits so patiently”. But her last name, Rowles, didn’t rhyme with “patiently”. Another sister had “Marie” in her name. With a sibling-hybrid, the title and one of New Zealand’s great songs was born. Rowles’ collaborator Nat Kipner added some parts and a cassette was given to Norrie Paramor, a legendary producer most famous for his work with Cliff Richard and the Shadows. “I  left it with him to listen to and he said, ‘there’s something here, there’s some magic in it’.”

Two weeks later, Rowles was in a ‘massive’ London studio recording with an orchestra. Cheryl Moana Marie would go on to sell one million copies worldwide. In New Zealand it topped the charts on May 8, 1970. It also hit No 1 in Hawaii and in the wider US reached the top 40.

In the small town of Kawerau, Bay of Plenty, Cheryl was 11. She remembers her brother returning home in the late 1960s – already a big deal but about to become bigger. He bounded into town with energy, affection, and fame. “It was intense because it was like, wow, something big is happening in Kawerau.” Something bigger was about to happen – and she was unknowingly going to have her life change for good. She first heard of Cheryl Moana Marie when, in early 1970, a television crew knocked on her door. They wanted a story on the girl behind the song. “They took me down to a small lake,” Cheryl – these days Cheryl Waetford – remembered. “I remember they were really nice men, the TV crew. I had to run along the shore and sort of flick some water.”

She remembered their father, who died later that year, taking the record proudly around to play to relatives. For good or bad, the song became part of her identity “whether you want it or not”. People still sing her name to her, a friend heard a version of it playing in a United States elevator, and all of a sudden people starting naming their children after her – or at least the song.

In New Zealand, Waetford, now nearly 60, takes a philosophical look at her inadvertent fame.” It’s been clear to me for some years that for many people it’s a song they love and they connect with special memories. “It’s lovely he wrote something like that and I’m connected with it.” For John Rowles, there was little time to bask in the glory. “I was recording so many songs back then, continually in the studio in London. I really had no time to think.” He used the royalties to buy his mother a new home in Te Atatu, Auckland, and the whole family moved north, out of their Kawerau state house. Rowles came home in 1970 as his song peaked in the charts. He took his proud father and a group out for lunch at the White Heron, Parnell, picking up the tab and leaving a $20 tip. On the way out he looked back and saw his dad pocketing the $20, laughing to his son, “I’m taking this to the TAB.”

Rowles’s career would take off further yet. There were residencies in Hawaii and at Las Vegas’s legendary Flamingo Hotel. He met the big names – Elvis Presley, Tom Jones, Frank Sinatra, Marlon Brando, Bob Hope. Women sometimes threw their underwear on stage. “Some of them throw their bloomers up,” he laughed.

John has had more hits since, but in every show since 1970, he has sung Cheryl Moana Marie.